I’m sure we have all heard about fasted cardio and have maybe tried it once or twice. But do you know the science behind it?  What’s the benefits of getting up early and getting a session of cardio in before you eat?By simply getting up and not consuming food before training athletes, can tap into cardiovascular, metabolic and other benefits that they would otherwise be denied.  Some benefits of fasted cardio include: 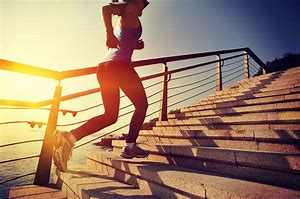 Wakes you up: Nothing wakes you up like increasing your heart rate first thing in the morning.

Makes better use of Carbohydrates:  Fasted cardio is an effective method of manipulating the normal pattern of insulin levels and mobilization of free fatty acids. Insulin levels are highly influential in the function and development of muscle.

If insulin are too high, the consumption of carbohydrates, are more likely to be stored as fat rather than feeding muscle. As a result this increase in insulin level can lead to weight gain and muscle loss.

When insulin levels are low, especially first thing when we wake up, the effect lasts only for a period after waking. So fasted cardio is a great way to use the Insulin in our bodies to work with us, not against us.

Boosts Metabolic Efficiency:  Fasted Cardio allows for the increased possibility of having a caloric burn due to the increased effort the body is making by using stored fat as fuel for the exercise.
This is popular especially to serious athletes who wish to make the most of their diets by utilizing their knowledge of both the nutritional benefits of their food intake and the need of an optimized metabolism to do so.

Utilizes Free Fatty Acids:   Human growth hormone (HGH), is a peptide hormone that promotes regeneration and growth.  It helps aid in the healing and body.  It typically begins to flow through the body about half an hour after one enters deep sleep.  This helps the body to fuel itself in this rested state with free fatty acids.
Since this fat is mobilized through sleep and muscles are still pumped with glycogen from rest, the body can fuel its workouts in the early morning through stored up fat.

My name is Joelle and I'm a NPC Bikini Competitor who wants to help inspire others to be the best versions of themselves. I’ve always been into fitness, always. I was a single mother of three girls for nearly 11 years. I have always been goal driven and very independent. If I set a goal, I’ll do whatever it takes to achieve that goal.